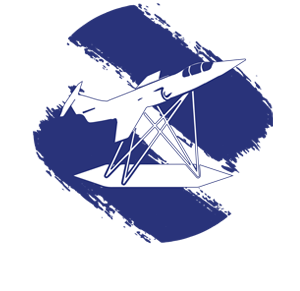 Abstract:
The robotic agents are programmed in two rule based languages: QuLog and TeleoR. They communicate using a logic based pub/sub and addressed message routing server, Pedro.

QuLog is a flexibly typed multi-threaded logic+function+action rule language. Its declarative subset is used for encoding an agent’s dynamic beliefs and static knowledge. Its action rules are used for programming an agent’s behaviour. QuLog is the product of over 25 years of using a multi-threaded Prolog for communicating multi software agent applications.

The roots of TeleoR go back to the conditional triangular table action plans of the first cognitive robot, SRI’s Shakey of the late 1960s. These lead to Nilsson’s Teleo-Reactive robotic agent language T-R, first proposed in 1993 and with logical inference added in 2001. TeleoR is a major extension of T-R. It is the result of over 20 years of exploring the transparent programming of reasoning, communicating and multi-tasking agents, each controlling one or more robotic devices.

We introduce the use of QuLog and TeleoR, our multi-threaded agent architecture, and Pedro, with two robot device control applications.

Two agents each controlling one mobile robot in co-operative bottle collecting. The agents have a joint goal of together collecting a given number of bottles. They communicate so each agent knows how many bottles both robots have collected at any time, and to avoid the robots colliding with minimal divergence from each robot’s current path. They each stop their robot when the joint total is reached.
A multi-tasking agent controlling a robotic arm and fairly sharing its use between multiple concurrent construction tasks. Colleagues at UNSW Sydney have ported a slightly more complex two arm controlling version of the agent program to a Baxter robot building towers of letter labeled blocks. See https://www.doc.ic.ac.uk/~klc/20160127-LABCOT-HIx4.mp4

Some familiarity with the concepts of logic programming, and with agents frequently receiving percept fact interpretations of sense data, which are promptly mapped into control signals for agent linked robotic devices, is useful but not essential.

Abstract:The talk will deal with the state-of-the-art in the control and synchronization of multi-UAV systems, ranging from aspects related to the control of a single UAV, to problems regarding coordination of multi-UAV systems, up to organization in flocks with specific emerging behaviour. The talk will principally focus on small multi-rotor vehicles, describing its dynamics, the principles of their control and the software solutions that are currently available to implement a flight stack. Then, the basic techniques that drive the organization in flocks are presented, by dealing with the local rules that UAVs must apply in order to obtain a certain form of emerging behaviour. As a case-study, a technique to organize a flock of UAVs for a aerial survey mission is presented and analyzed.

Titolo: A model-driven and multi-view journey: experiences and research directions

Models are traditionally used in software engineering to support the different phases of the software development. They help analysists and engineers to represents requirements, design the architecture of a software system, define its processes, detail components and their interactions, and so on. Models are also fundamental to support the interaction among members of a project, including users and customers. Any modeling language has specific characteristics that make it suitable for specific purposes, in particular domains and for specific users. In this presentation, I will present our experience in developing modeling languages and using them in different research and industrial projects. I will focus on the problem of moving from one conceptual model to another one and how to exploit conceptual mappings to support multi-view and multi-objective interactions among different users and stakeholders. Finally, I will give some insight on supporting tools and applications we developed in the last ten years within EU and industrial projects.